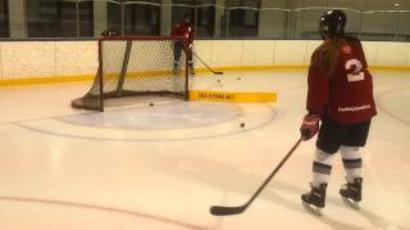 Bob in Toronto at the filming of CBC's Dragon Den.

Hi, my name is Bob Unger, inventor of the Goalieband. As a coach of young hockey goalies, I was frustrated by my inability to prevent them from constantly backing up deep into the crease instead of challenging shooters in practice sessions. As a result, I came up with this device that I have now used for several seasons resulting in a marked improvement in the game performance of these young players. This is a product that every local community club, team, individual goalie and goalie schools should use. I started playing hockey at age 5 and goal at age 7 at my local community club in Winnipeg, Manitoba. I won two City Championships at ages 12 and 14. At 15 my team, the River East Knights, won the Manitoba Major Junior Hockey League Championship. I then went on to play Junior Hockey with the Fort Garry Blues and the Winkler Flyers, where I made both all-star teams. I played in the Western Hockey League with the Regina Pats, Seattle Breakers, and Prince Albert Raiders. In 1987-88, I was a member of the South Eastern Hockey League championship winning Altona Maroons. For the past 22 years,I've coached minor hockey in Winnipeg, coaching the 2004-05 and the 2005-06 and the 2008-09 Boys City Champions and the 2009-10 and most recently the 2010-11 and 2011-12 and 2013-14 and 2014-15 Girls City Champions. That totals 8 with the Goalieband being used on every Championship team. In 2005, I attended the CBC "Bell Making the Cut" - Season 1. The Goalieband was featured on the CBC television show “Dragon’s Den" in the fall of 2008. If you have any questions about the Goalieband please do not hesitate to email me at bob@goalieband.net. 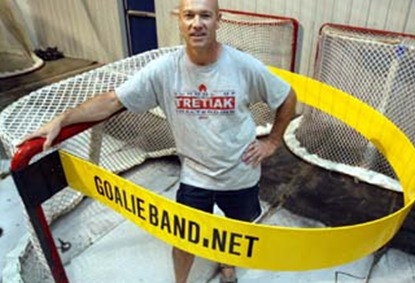 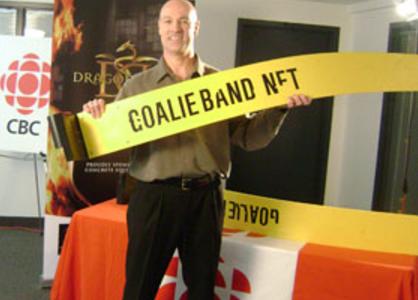 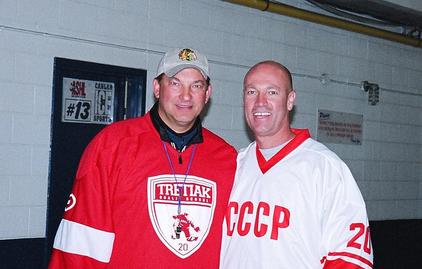